I’m a Northcote based artist who previously ran art workshops for adults and children at my studio in Clifton Hill. This year I am focusing on my own art practice.
I am motivated by past ephemera, psychedelic art, and the scopophilic projection of women in culture throughout the ages. My current series focuses on the fetishization of women in popular culture, and in particular pornography. The subjects from this series are all taken from 1970s Playboy magazines. Feminism in the 70’s largely retained the patriarchal attitudes of previous generations, Robert Crumb aptly stated “Free love meant free sex and food for men. Sure, women enjoyed it too, and had a lot of sex, but then they served the men.” This is clearly depicted within the pages of 70’s girlie magazines where women are served up for consumption!
My process involves drawing the female figure from the magazine and then situating her within suggestive patterns and icons. The icons or motifs are not suggestive when isolated from the female figure however the juxtaposition with the female nude shifts their meaning. I am interested in how society has imbued these motifs with symbolic meaning in this context.  Next, I transfer the image to acetate using a permanent pen and paint the reverse side (working backwards) with gouache. A second piece of acetate is painted with gouache to create the background. Finally I place the two layers together, the top layer in reverse to create a flat glossy appearance like the pages of a magazine and the bottom with the rougher matte paint strokes faced upwards. 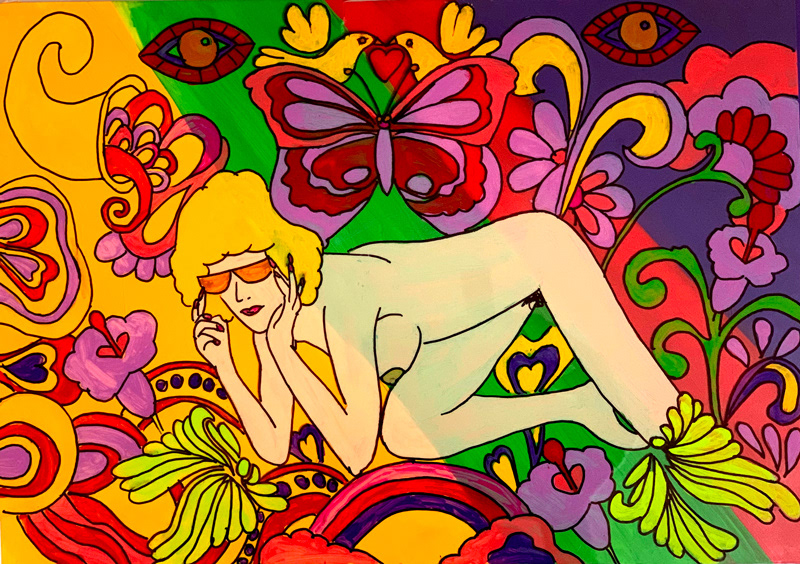 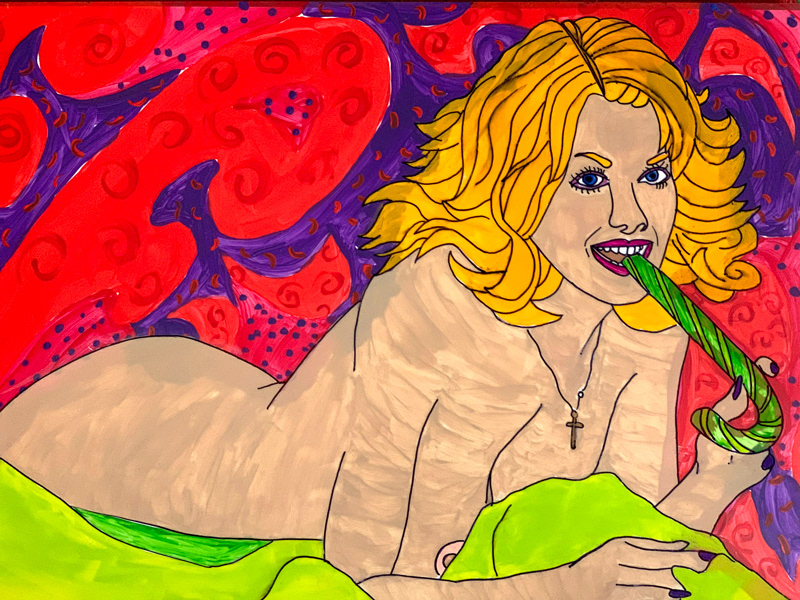 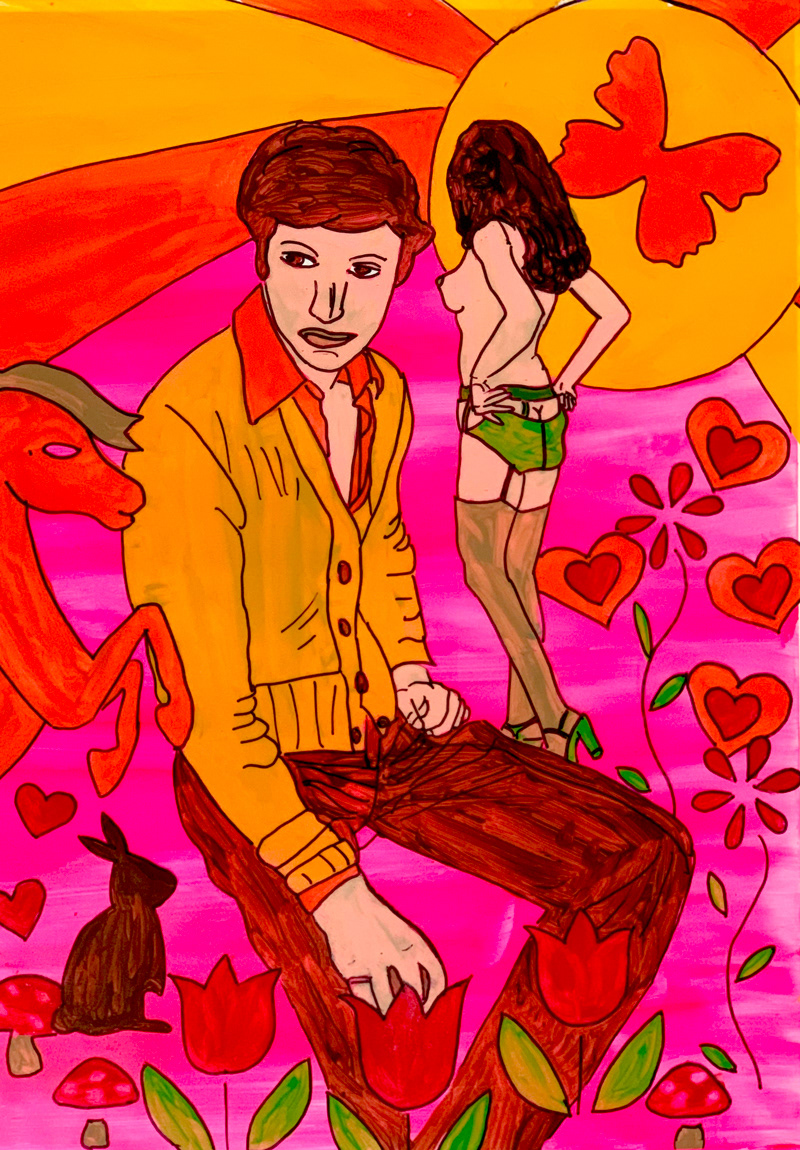 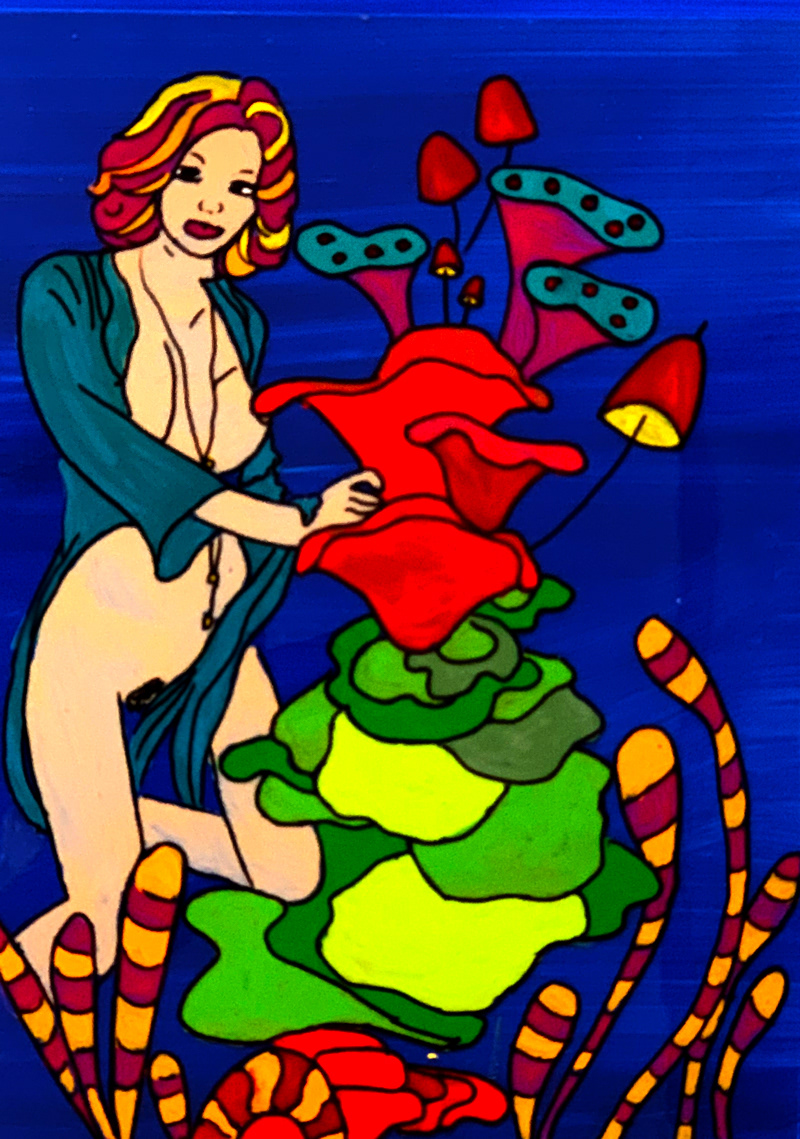 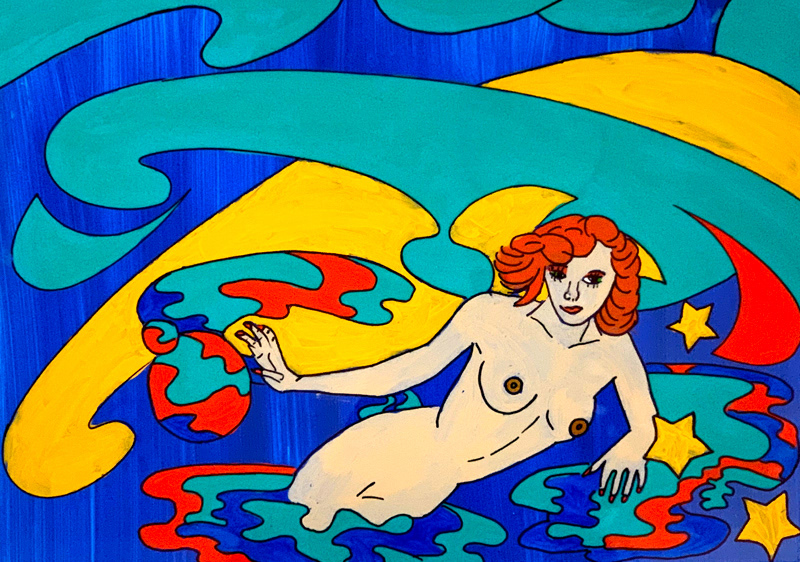 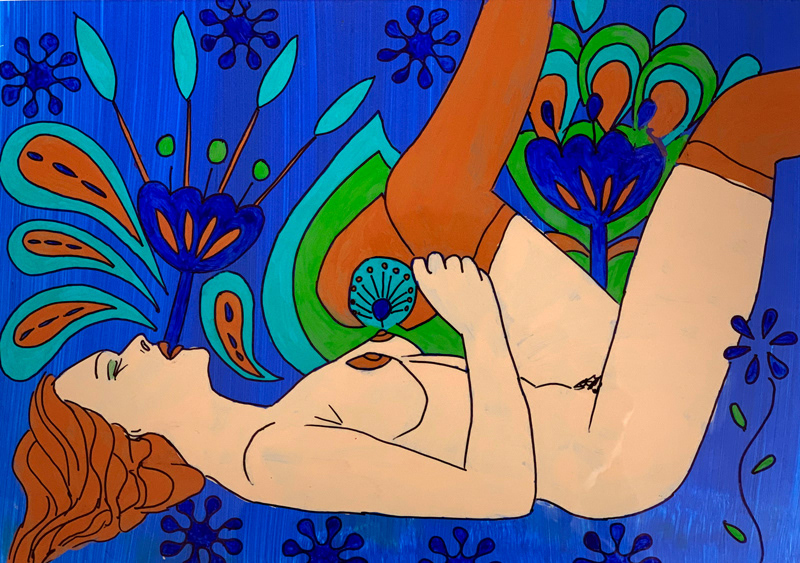 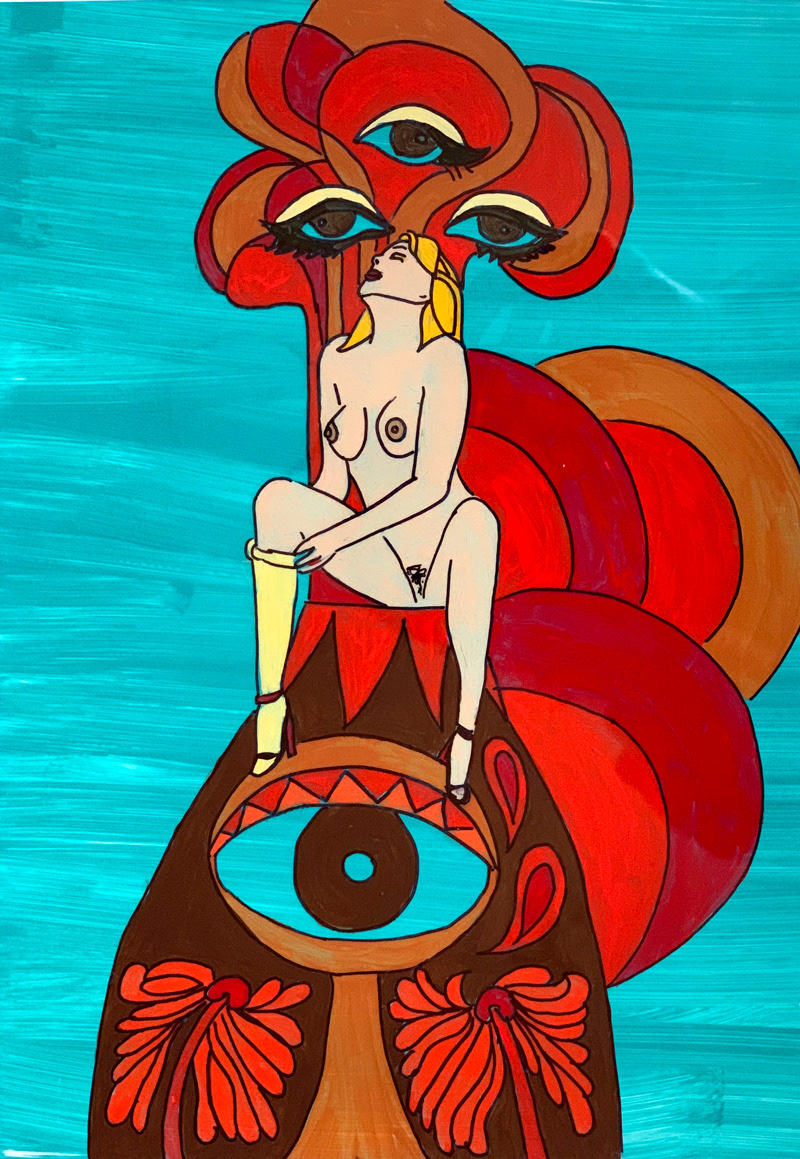 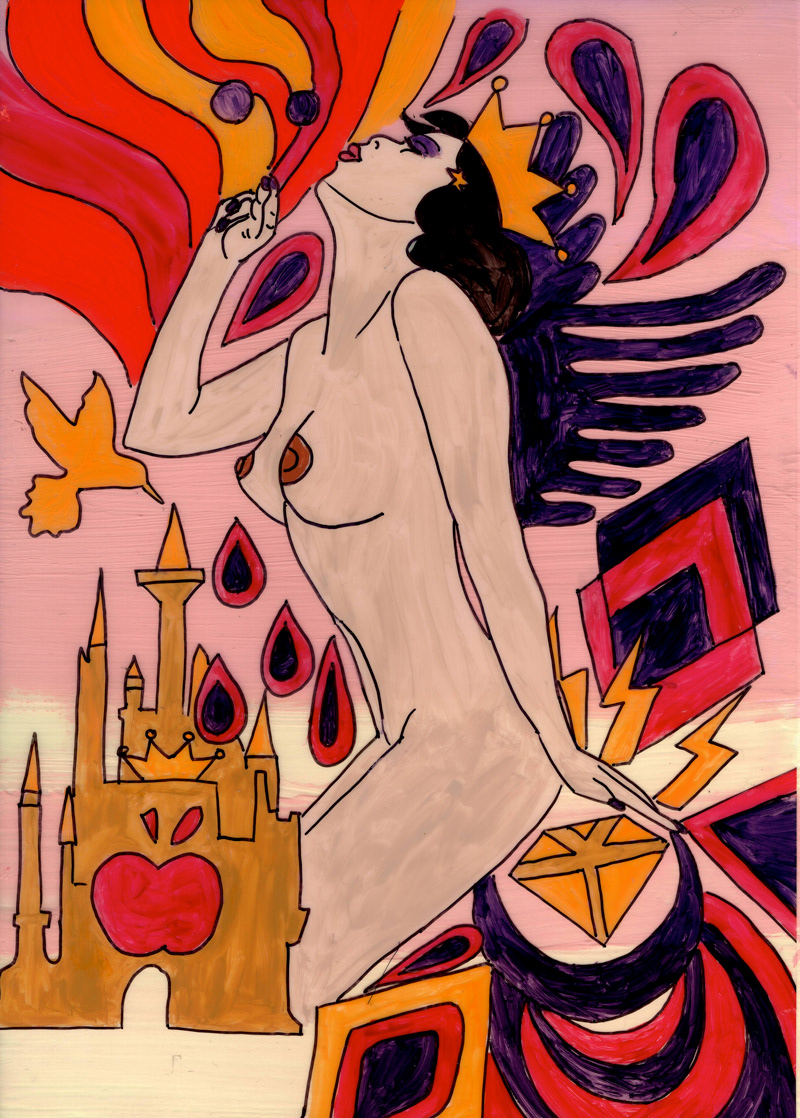 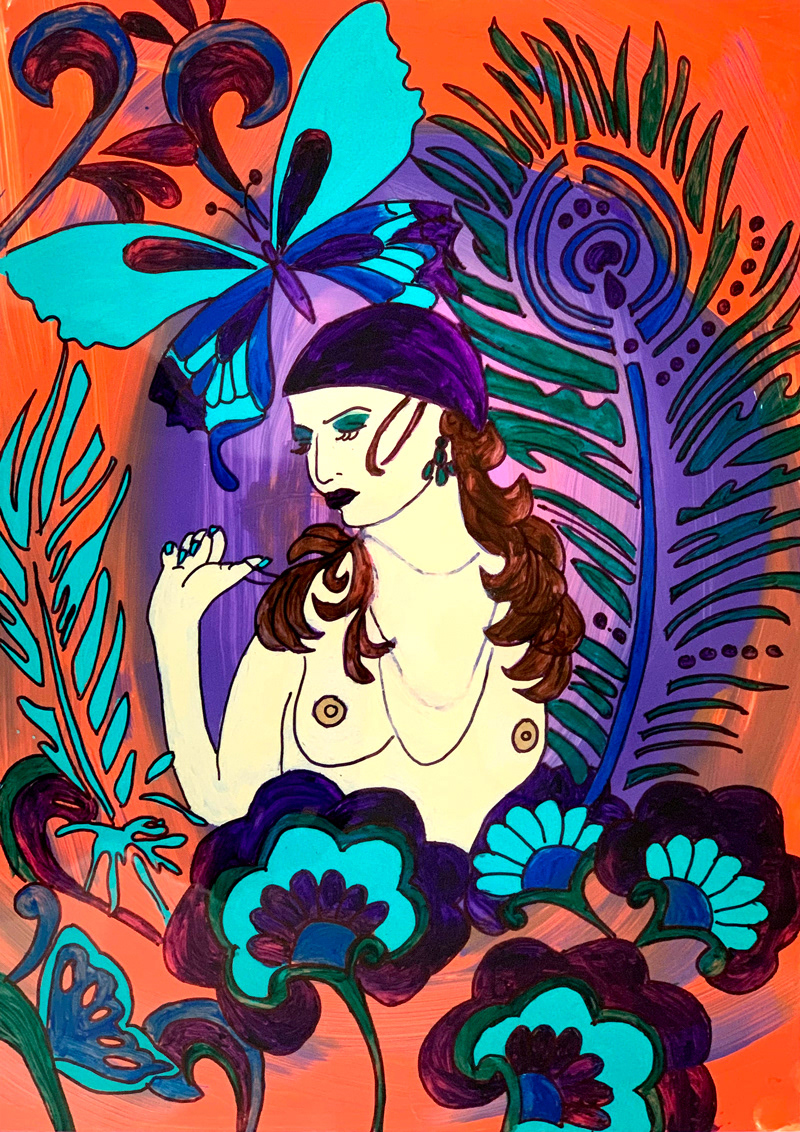